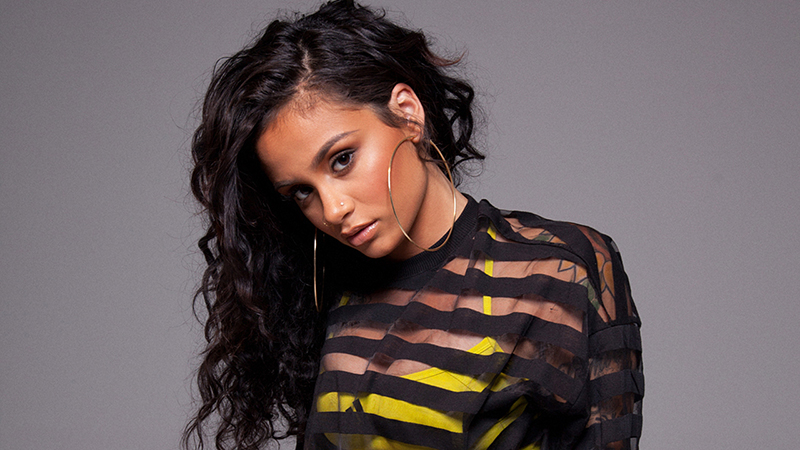 20-year-old singer Kehlani is all over the blogs today after she allegedly tried to kill herself last night over the Internet accusing her of cheating on her boyfriend, Cleveland Cavaliers star Kyrie Irving.

In a now deleted Instagram post, Kehlani posted a photo of herself laying in a hospital bed with an IV in her arm and revealed that she was hospitalized Monday (Mar 28) after attempting to commit suicide. She also denied cheating rumors and admitted that she’s grateful to be alive. “Today I wanted to leave this earth. Being completely selfish for once. Never thought I’d get to such a low point. But.. Don’t believe the blogs you read .. No one was cheated on and I’m not a bad person… Everyone is hurt and everyone is in a place of misunderstanding.. But as of today, I had no single wish to see tomorrow.. But God saved me for a reason, and for that… I must be grateful.. Cuz I’m not in heaven right now for a reason… On that note.. Bye Instagram.”

In another deleted post, Kehlani thanked her ex-boyfriend, OVO artist PARTYNEXTDOOR, for coming to the rescue and saving her life. 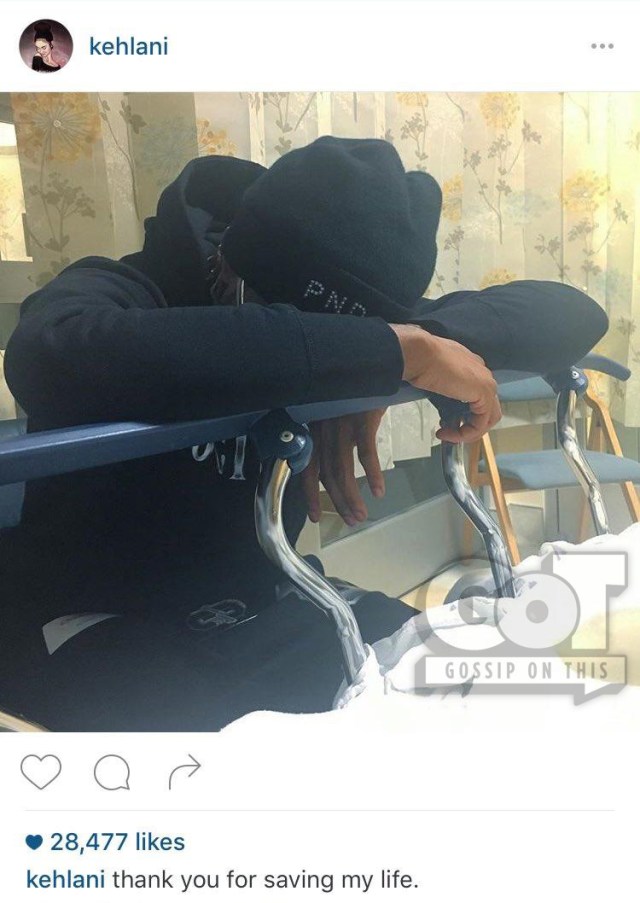 The news comes less than a day after PARTYNEXTDOOR shared a photo of them in the bed together on Instagram, quickly prompting the Internet to think Kehlani was either cheating on Kyrie or broke up with him to get back with PND. 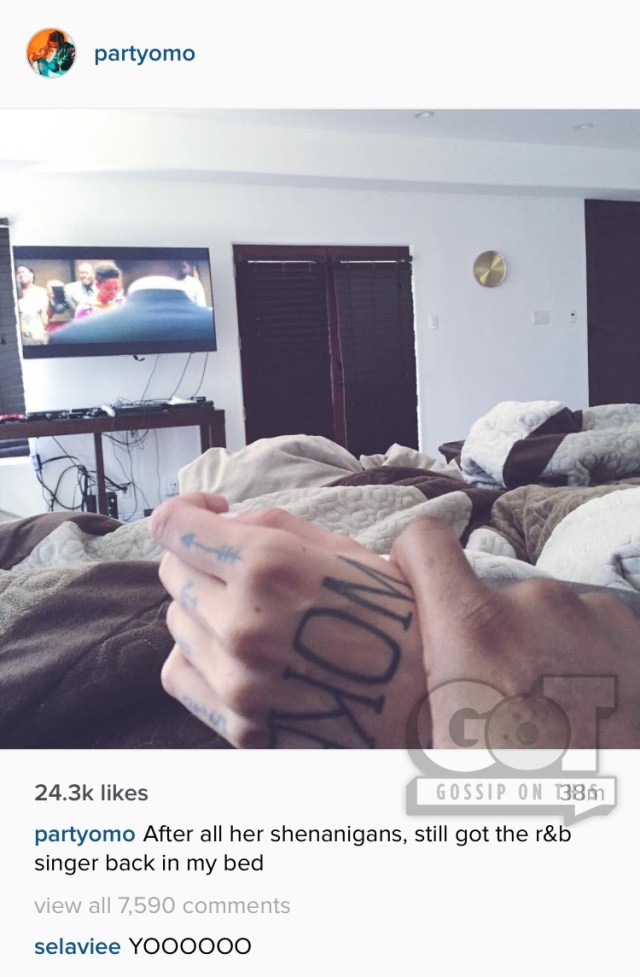 Back in January, Kehlani confirmed that she was dating Kyrie and even professed her love for him in an IG post on Valentine’s Day the following month. Kyrie also posted a photo of them looking like a happy couple just two weeks ago.

However, according to Kehlani, she’s still in love with her ex, PARTYNEXTDOOR, and she eventually had to follow her heart. She also doesn’t care if social media thinks her suicide attempt was for attention. 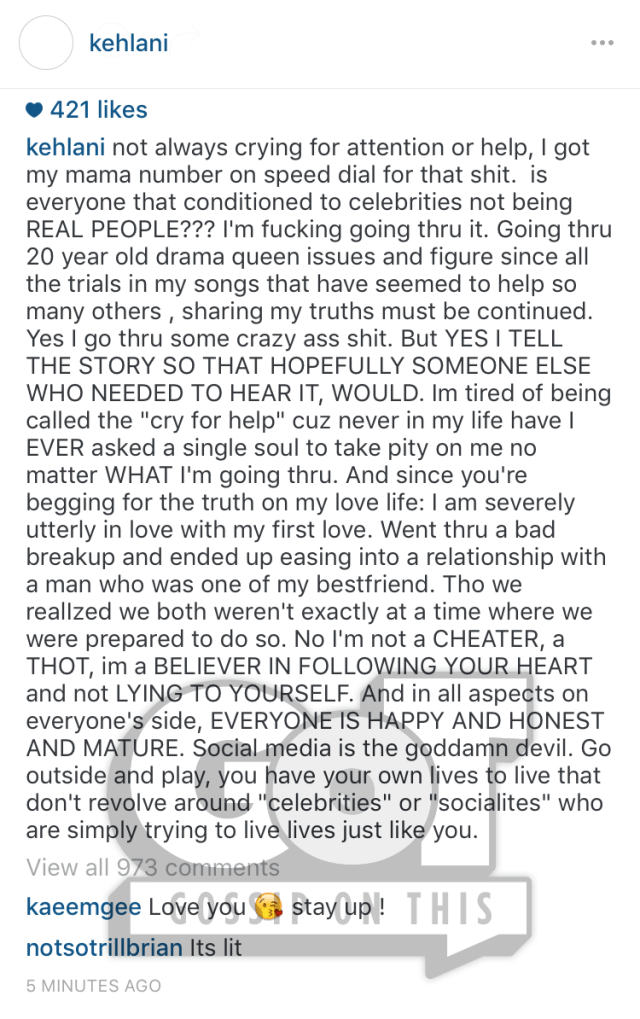 TMZ reports that Kehlani was placed on on psychiatric hold yesterday after first responders determined “she wanted to harm herself.”

It isn’t known how long she’ll be in the hospital, however, sources close to the singer say “she’s doing much better.”

Kehlani’s industry peers, including One Republic, Questlove, Keyshia Cole and “Love & Hip Hop New York” star Cardi B, have since showed their support on Twitter.

Kehlani u r a genuine & insanely gifted human being- u have much to see & do in this life to come, it’s all looking ??-luv @OfficialKehlani

man. just heard about kehlani. one of the nicest people ever. i wish good energy and strength for her life.

I love you Kehlani. You’re beautiful. Worthy of love and light and happiness.

@kehlani we love you & we praying for you babygirl. You’ll be ok.. #trust #lovealways pic.twitter.com/JQ2wJPZlFc

Blessings to the wonderful Kehlani

Our thoughts and prayers go out to Kehlani at this time.

Singer Kehlani Attempts Suicide Amid Rumors She Cheated on Kyrie Irving with PartyNextDoor is a post from: Gossip On This – Pop Culture, News, Videos & Humor

I’m Basil Ita Ekuson, a freelancer, a blogger with a passion for research. The owner of basilita.com. Basil Ita mainly addresses the needs of small business owners that want to maximize their online visibility via internet marketing specifically solo ads, blogging, content marketing, SEO, social media marketing, visual marketing and affiliate marketing. Via this particular blog, I share my thoughts on HOW TO related issues, and some TIPS. My goal is to help as many people as I can to live laptop fantasy lifestyle… Feel free to drop me a line or ask me a question!
Previous Anambra Central Rerun: “I’m Running For Senate” Peter Obi
Next ARMSGATE: Why Dasuki Will Remain In Detention – Presidency