Katt Williams and the Teenager He Punched Both Charged Over Fight 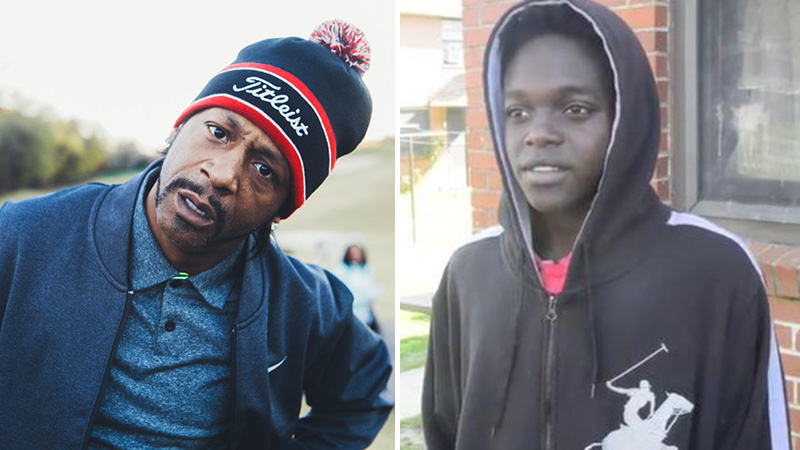 Both Katt Williams and the 17-year-old boy he sucker punched in a viral video that also saw Katt being put in a chokehold will both face charges for their actions in the fight.

According to confirmed reports, Katt and the teenager, Luke Walsh, have both been charged with disorderly conduct and arrest warrants were issued shortly after the charges were filed.

A spokesman for the Gainesville, Georgia PD, Sgt. Kevin Holbrook, said that in addition to the disorderly conduct charge, Williams is also wanted for allegedly violating the terms of his bond from his arrest for assaulting one of his bodyguards.

“These charges stem from the fact that Mr. Williams engaged in this criminal activity in a public place, in front of minors, and used obscene, foul language during the commission of this crime,” Holbrook said.

Katt’s lawyer has reportedly been in contact with police, and they’re giving the troubled comedian the chance to turn himself in, but if he doesn’t, cops are prepared to go find him and arrest him.

As for Luke Walsh (who is not in the 7th grade as previously reported, btw) the reason why he’s being charged is because 17-year-olds are legally considered adults in Georgia. He is currently being held on a $1,300 bond.

Meanwhile, Katt Williams wants to let it be known that he was not choked out by a child and he feels no remorse for what he did.

In video footage being passed around on Facebook from a recent stand-up show, Katt Williams describes what led up to the fight and denies being put in a chokehold.

“If you watched that video and really think I was getting choked out by a strong teenager then why don’t you catch me when I’m out in public YOLO-ing? Put your little fragile-ass arm around my neck and why don’t you choke me to sleep, ni**a?” he said.

“I said, ‘Listen, you know I’m in trouble with the motherf***ing law. You see all these people recording? But just understand if I can take your ass around this motherf***ing corner, I’ll explain to you that you don’t talk to grown ni**as like that.”

The comedian said he walked away, but Walsh followed him, and at that point, Williams said he leaned against the wall to show Walsh that he didn’t want to fight him. But Katt said that Walsh continued to provoke him, and that’s when he stole on him.

“I say to myself let me stand up and let this ni**a see that even though we’re the same size, you’re a little boy. I’m a grown-ass man. I can hit you with this broken fist and get blood, I just want you to have a bloody mouth so that you can have that lesson later,” he said.

Katt Williams and the Teenager He Punched Both Charged Over Fight is a post from: Gossip On This – Pop Culture, News, Videos & Humor

I’m Basil Ita Ekuson, a freelancer, a blogger with a passion for research. The owner of basilita.com. Basil Ita mainly addresses the needs of small business owners that want to maximize their online visibility via internet marketing specifically solo ads, blogging, content marketing, SEO, social media marketing, visual marketing and affiliate marketing. Via this particular blog, I share my thoughts on HOW TO related issues, and some TIPS. My goal is to help as many people as I can to live laptop fantasy lifestyle… Feel free to drop me a line or ask me a question!
Previous Spotify raises $1 billion in debt with devilish terms to fight Apple Music
Next A rant about why Snapchat 2.0 is no disappearing teen fad