RECENTLY ADDED
Home > Latest News > K. Michelle Calls Out Angela Yee for Not Having Her Back in Breakfast Club Interview

K. Michelle Calls Out Angela Yee for Not Having Her Back in Breakfast Club Interview 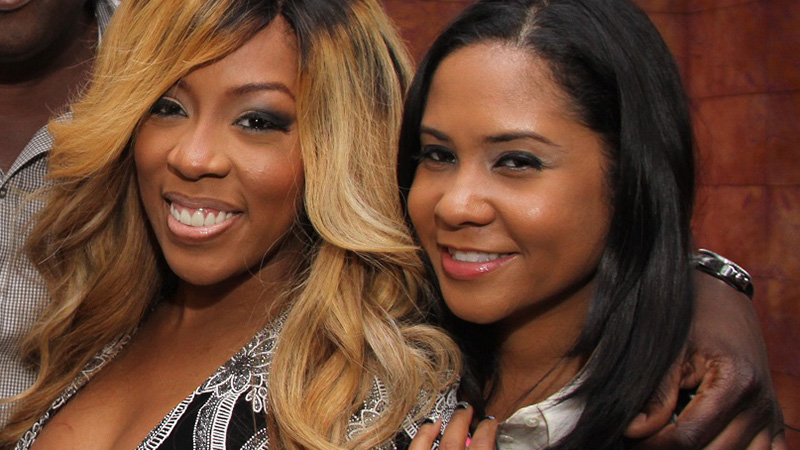 K. Michelle is not the one to come for, and this morning, she showed exactly what happens when you do decide to come for her.

The R&B singer stopped by “The Breakfast Club” Tuesday (Mar 29) to promote her new album More Issues Than Vogue, but things went left quickly when K decided to check co-host Angela Yee over comments she made about her in an interview last week with New York rappers Maino and Uncle Murda.

During their appearance on the show, Maino and Uncle Murda joked about K. Michelle’s lady parts having a bad odor.

“She got that stink coochie, I call it the K. Michelle. Sometimes I just speak what’s on my mind. I know people who did certain things with her. My man said it was not right,” Uncle Murda said.

K had no problem addressing both men regarding their comments, but she focused more of her attention on Angela, who she accused of instigating the conversation and not having her back as a fellow woman.

K also said the bad press from the interview could have affected her album sales.

“What I’m saying to you is, you knew that my album came out the next day. You didn’t know what legs that bullet was going to take. You know what I’m saying? Thank God, people know me and people was actually looking at those ni**as like they some cornballs. So, that’s cool. Every album release it’s that bulls**t. I never get to enjoy it. So, thank God I got to enjoy this album release because it didn’t affect anything. People still went to the stores and they still in my DM.”

Angela tried to defend herself and explained her comments, only for K to respond:

“You don’t know what that might have done to me. If I wasn’t a bitch that was dranking her drank, cashing her checks it might woulda f***ed up my whole motherf****ing day. My thing with you is that you are friends and family of the label. You was at my listening party. You knew that album was coming out and you know how the media attack me. Any negative headline that they can put up to overshadow my music is what they do.”

K ended the convo telling Angela, “At the end of the day, I ain’t f**king with you for that.”

After the interview, Angela tweeted that K. Michelle was trying to bait her for “Love & Hip Hop Atlanta” cameras.

K. Michelle Calls Out Angela Yee for Not Having Her Back in Breakfast Club Interview is a post from: Gossip On This – Pop Culture, News, Videos & Humor

I’m Basil Ita Ekuson, a freelancer, a blogger with a passion for research. The owner of basilita.com. Basil Ita mainly addresses the needs of small business owners that want to maximize their online visibility via internet marketing specifically solo ads, blogging, content marketing, SEO, social media marketing, visual marketing and affiliate marketing. Via this particular blog, I share my thoughts on HOW TO related issues, and some TIPS. My goal is to help as many people as I can to live laptop fantasy lifestyle… Feel free to drop me a line or ask me a question!
Previous Razer takes aim at game streaming community with Ripsaw capture card
Next Women aren’t the only ones who feel they’re not paid fairly in tech