Chris Brown Has No Sympathy for Kehlani’s Suicide Attempt: “Stop Flexing for the Gram!” 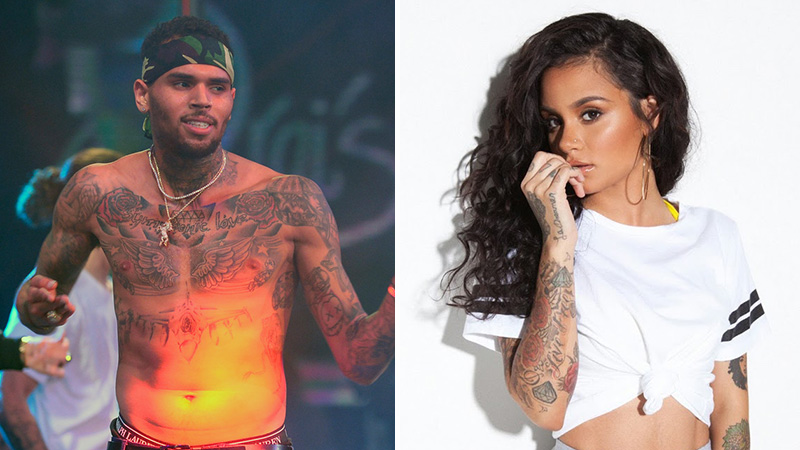 As news of 20-year-old singer Kehlani‘s suicide attempt spread on social media Tuesday (Mar 29), a number of celebrities reached out Twitter and showed their support. Chris Brown was not one of those celebrities.

In case you’re not familiar with the story, Kehlani is a young singer who was dating NBA star Kyrie Irving of the Cleveland Cavaliers.

At some point, Kehlani and Kyrie broke up, unbeknownst to the Internet, and when Kehlani was spotted in the bed with her ex-boyfriend PARTYNEXTDOOR, she was endlessly slut-shamed on social media for supposedly cheating on Irving.

Later that night, the Grammy-nominated Oakland native posted a photo on Instagram of her in a hospital bd with an IV in her arm along with a caption that read, “Today I wanted to leave this earth. Being completely selfish for once. Never thought I’d get to such a low point.”

She added, “But… Don’t believe the blogs you read.. No one was cheated on and I’m not a bad person” before bidding Instagram adieu and deleting all of her posts.

Kehlani tried to commit suicide, you guys. A girl tried to take her own life, y’all. Over some social media comments.

Yet that didn’t stop Chris Brown (who is apparently a good friend of Kyrie Irving’s) from ripping open her wounds and pouring salt all in them. You do remember Chris Brown, right? The guy makes great music, but terrible decisions.

Case in point, him going on Kehlani’s suicide attempt, which he basically called a thirsty ploy for attention. “OUTTA HERE BIH!” Brown tweeted among other really mean, cruel things.

Girls be mad at a nigga for fucking around wit bitches but her DMs got more names then the Declaration of Independence. #YEAHIMTHROWINGSHADE

There is no attempting suicide. Stop flexing for the gram. Doing shit for sympathy so them comments under your pics don’t look so bad

OK IM DONE. Guess she gone have to watch the games from a real “box” now. “THE TELEVISION” #OHB “OUTTA HERE BIH”

@chrisbrown Thankfully most people have little sympathy for you.

@ThePerezHilton how u been bro? Been a while.

I’ll be the BIGGEST PIECE OF ?. But ima ride for my Homies regardless. KYRIE is probably one of the only good guys left. IDGAF!!!

@chrisbrown Been busy trying to not be a douchebag. You?

Chris Brown Has No Sympathy for Kehlani’s Suicide Attempt: “Stop Flexing for the Gram!” is a post from: Gossip On This – Pop Culture, News, Videos & Humor

I’m Basil Ita Ekuson, a freelancer, a blogger with a passion for research. The owner of basilita.com. Basil Ita mainly addresses the needs of small business owners that want to maximize their online visibility via internet marketing specifically solo ads, blogging, content marketing, SEO, social media marketing, visual marketing and affiliate marketing. Via this particular blog, I share my thoughts on HOW TO related issues, and some TIPS. My goal is to help as many people as I can to live laptop fantasy lifestyle… Feel free to drop me a line or ask me a question!
Previous Teardown of Oculus Rift finds good design that’s somehow relatively easy to repair
Next Citizen scientists, you can now DIY your own DNA analysis with Bento Lab